I’ll be there for you just so that you’ll be there for me.
I want to speak with you on the phone only to fall asleep listening to you’re voice.
Why would you be so nice to me when I’m sometimes not the same with you.

Maybe we should drift away to catch the drift we lost..  Maybe you’ll be my part time girlfriend next summer too…

He stood there beside her,
looking into her eyes and smiling at her.

She looked into his eyes while he carves his name on her skin,
She looked at the blood flow while he smiles at her.

Not a single expression on her face but a blank look at his name being carved,
He seemed to make her his, by one way or the other.

She looked at each letter of his name being carved on her skin,
She saw the marks and the blood but yet had no feelings to show.

Her eyes were with him and with every word he craved on her skin,
but her mind was with the man who took her heart away long before she realized that it was missing.

You must be completely insane,
Or maybe I’m so deep in feelings for you.

Its hard to find someone, who says so much with her silence,
So much that it’s a beautiful affair that I love having.

With you I don’t have to be someone else,
In fact when we talk you seek the real me from within.

Our talks, man I miss them so much,
So much that it is just painful.

But I ease that sting with thoughts about you,
& its certain that I’m way past the stage of being confused about us.

We are just two ordinary idiots & maybe this time we’ll take it slow,
But we already know that, what we have is just down right beautiful.

This time around for once I won’t screw things up,
But with you around, I don’t think that’ll ever happen.

I don’t know how we understand us so much,
We have protected us & travelled through time in this magical mysterious ride of ‘close friends’

you’re my close friend
You’re my muse
You’re that part of a painting that completes the wall its hung on.

And just for that….. 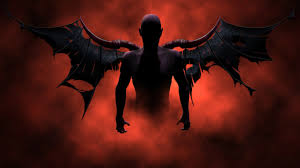 The tale of Tim’s tail

Tim views his life through the hole of a straw,

Most of the time, he is lost among the smoke rings of his mind,
but, it’s not due to his repentance of the dreams and people he left behind.

At times, in order to be socially accepted, his mind tries to get a grip of reality.

Tim’s repetitive failure of doing that, has now become a part of his personality.

& for some people that might possibly be the biggest tragedy ever.

But Tim, loved that, he loves the fact that there isn’t a label made for him,

That can be stuck on him & eventually be a describable tag that we all get.

This makes it difficult to know which bottle he will fit in,
his likes are so versatile, that he could easily live as a well mixed cocktail.

Time hopes that destiny & the universe will command him to take a route in his life,

for which he is ready to go anywhere, until & unless the destination in unlabelled.

He’s constantly searching for that tail which will write his final tale,

for which he is ready to sign anything & make any deal with the chief or his tail.

but he finds it difficult to identify them, which for him is as good as pulling the plug.

He does surely have hope in his life,

but he fails to know what he hopes for, certainly not to be cut by a knife.

Tim still feels that he is entitled to have a tail for his tale,

Which will mark his end, before it’s time to kick the pail.

You were the one who told me not to stress on us & let it be,

So i started looking at life with the hope of a brighter possibility.

I still remember the day we got in touch with each other,
Which was initiated by one of my blackberry brothers.

My best moment of owning a blackberry (geeky reference) was when we exchanged pings.

It was almost magical to see a smile draw up my face when I read your replies to my pings,

moments like these were the happiest & also the time when I’d hear the sweet sound of your voice.

Since then, I’ve had so many memories that just kept building up in my head,
Memories of all the moments we had, memories of you & me.

You & I, are still one of the cherished things I have,
I’m so glad you did not allow me to label it.

It’s things like these that make me look up to you,
& some how it feels like, my life’s got better since you’re a part of it.

The thing we have is hard to label & I love that.

It’s like the dog I had while I was growing up,
Whenever I was harsh & reprimanded him, he’d go away & be sad.

But the moment I’d call him, he was there filled with joy, love and happiness.

I could tell you that, you’re the brightest star in my sky, but I won’t.

I’ll just honestly say that, you & I are like the only 2 snowflakes who always get along beautifully.

The first cup with you, has the feeling of anxiety & anxiousness,

Which is a little strong on the tongue but light on the heart.

I have this feeling of not knowing what’s across the table,

but still peaking over the fence, trying to get a glimpse of what lies beyond those beautiful eyes.

These moments demand the right choice of words to spark that conversation,

But with someone like you across the table, all the words are the right ones.

My eyes brighten & my heart softens as you speak about yourself,

I sit there listening to you as I mentally tick these check-boxes in my head.

Within a few minutes she seems to be this girl whom I have always pictured,

who’s always on the move & moving on to new things.

Now I end up playing this guess game in my mind, trying to know what she thinks of me?

My quest to know & discover her, grows with every passing day.

As i try to initiate things, I’m summoned to let her be and give her some space,

So I stepped back, letting time work its charm,

hoping that someday that charm will work itself to me.

To this moment I wait for it,

I wait for her to ping me or call or to hear the sweet melody of her voice.

Oh! how I wait for that moment.

This is about a person who does things for others rather than for himself,
he believes in a higher power and the universe.

According to him the only distraction in the world is ‘GREED’
He believes in making the world a better place than it was before he was here.

Trampling people/feeling under his foot due to the running clock is not his thing.
He spends time with people because he wants to & not because he needs anything from them.

Every sunrise for him is not just another day,
It’s another chance for him to spread more joy, love, & happiness than he did yesterday.

In his lifetime, he has met a lot of people around the globe
but with every look, he tries to see the good in people rather than the other things.

His eyes are now drying up, as finding good in people is like finding stars in a well-lit city
that big, soft heat is now hardening due to the ungratefulness of people around him

But the truth is that this amazing person doesn’t exist as a whole,
there are bits & pieces of his traits in every person.

But we still won’t lose hope & will continue to encourage such people
because hope is a good thing, maybe the best of things & no good thing ever dies

She can spin the sour mood away from your heart,
A breathe of fresh air is what she is

With a voice that touches your heart,
She is one who always has a special place in there

Like the sun who shines on the moon,
you too are always there for me.

At times I feel like you & I can dance through all the ups and downs that life throws at us,
When I speak/talk to you everything else just goes quiet.

In life we all have chapters that are very close & dearest to us,
for me the chapter of ‘You and I’ is going to be that one.

For me you are that friend,
Who will always be my sunshine after the rain.

This is good stuff…. would love to colab with mitchellez on something

The rebellion of the sorrow in a cave, temptress on walls and a blade to succumb too.

Let’s drill deep, further seep, into the shell. So safe so dark so at home why won’t the edges blur? Why won’t the world melt?

Scratches along the walls, the wolf behind this cage. How shallow seems the sand and how horridly the edges peel away.

You can’t hear him howling, nor can you feel his pain. You can only stare at the ferocious creature. So tamed by his own rage.

Writhing in my own monstrosity, I envelope in the arms of heartache, Fuming I curl helpless, bleeding on my own page.

The wolf peering at me through the mirror. Is it me I should be afraid of? Or is it the human face that hides the monster?

Once in a long time you take a look into your mind,
What I’m greeted by is this virus infected dungeon which refused to shutdown

So I take a walk in my mind with intensions to explore this dungeon with a torch in my hand,
Every step taken fearfully leads me to these songs played by a band of skulls & bleeding veins

There are ample of dark creepy alleys I came across,
some were lonely and some were occupied with thugs and goons.

The chuckle of a baby reaches my ears and I immediately hurry in that direction,
only to see the sight of a baby being choked to death and sent to peaceful eternity.

The pull of gravity thickens as I’m drawn to the darker areas,
is this the evil inside me or is this evil ME?

At the other end of the horizon I see a man running towards me,
Oh, how happy my eyes were to see that sight.

The amount of pain seen in his eyes seemed like the reflection of my inner state.
As I man up to pull the trigger, he speaks effort

Even with that excruciating pain,
he pleaded me to stab him with a knife and turn it all around till I relief him from his life.

Terrified with fear I move quickly but slowly,
moving forward one trembling knee at a time.

A loud cry originates in the opposite direction,
so my feet swiftly move towards the sound with intensions to escape.

When I get there the light disappears & I find myself descending in a pit filled with more snakes that I can count.